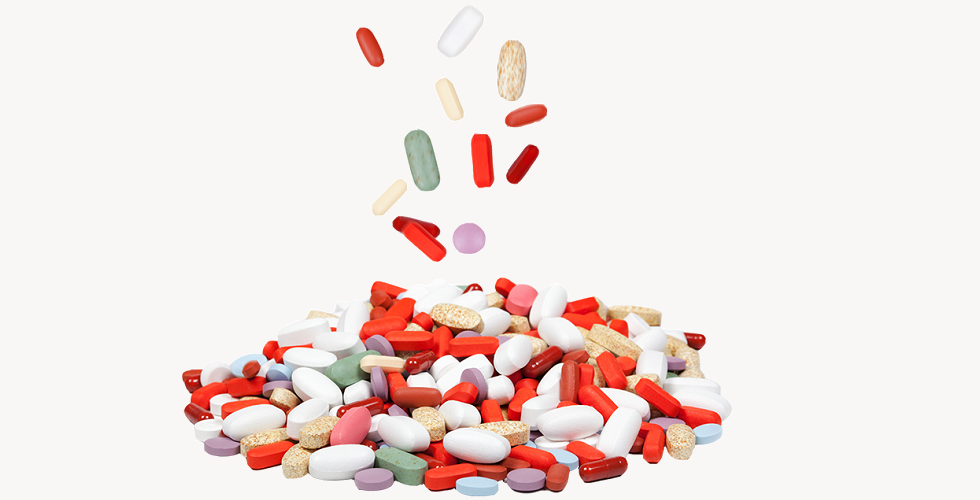 Depression is like a rain cloud that follows you wherever you go. Not only does it affect you, but also your family and friends. Luckily, taking antidepressants can effectively attenuate most symptoms of depression. There is just one problem: unpleasant side effects that deter people from treatment, although knowing that the medication can alleviate their depression symptoms. Did you know that in a study conducted back in 2002, it was observed that the frequency of antidepressants induced side effects can be as high as 75%? Genetic factors affect drug metabolism and efficacy, as well as the risk of common antidepressant-induced side effects including sexual dysfunction, weight gain, and risk of suicide.

Genes are the blueprint of life, and differences in our genetic makeup give rise to variations in each individual. We now know that genetic variation can cause a person to more likely experience adverse side effects that comes from antidepressants. Therefore, by determining person’s genetic background before prescribing a certain type of antidepressant, it is possible to minimize the risk of related adverse side effects, and ensure effective treatment of depression. This way, a person will more likely continue with their antidepressant medication, leading to better quality of life.

Many studies seek to determine a relationship between genetic variations and antidepressant induced side effects. In a recent study conducted by Dr. McGuffin at the Social, Genetic and Developmental Psychiatry Centre of King’s College London, from a group of 811 treatment seeking adults with moderate to severe depression symptoms, Dr. McGuffin and team have identified that variation in the gene HTR2C would make someone taking the antidepressant Escitalopram to more likely experience serotonin-related side effects, including nausea, diarrhea, decreased appetite, insomnia and sexual problems. Serotonin is a neurotransmitter produced in brain that controls important bodily functions such as appetite and sleep. Reduced production of serotonin was linked to depression and drugs that block serotonin reuptake (SSRIs) elevate mood. Too much serotonin in your brain can cause mood disorders such as obsessive-compulsive disorder, anxiety, panic, and even excess anger.

HTR2C is a gene that makes a protein that takes up serotonin into our brain cells, a process that can be blocked by the antidepressant Escitalopram, which is one of SSRIs. A small variation in HTR2C will increase the risk of a person experiencing serotonin-related side effects when taking this antidepressant. It is therefore beneficial for individuals to check for HTR2C variation before they start using Escitalopram to minimize the chance of adverse reactions. It is known that another antidepressant, Nortriptyline, which does not block serotonin uptake, fight the symptoms of depression just as well as in individuals with increased sensitivity to Escitalopram and other SSRIs. In this present study, fewer participants taking Nortriptyline reported serotonin-related related side effects. Nowadays technology allows for a quick genetic test to identify DNA variations in genes like HTR2C. Physicians began to use genetic testing to guide therapy selection. If particular genetic variation in HTR2C is identified it is easy to switch to antidepressants that do not target serotonin uptake thus reduce the chance of adverse side effects. Reducing unwanted side effects from antidepressant medication will allow you to go through with treatment, rescuing you from the depths of depression and improving quality of life for you and those you care the most. If are interested to learn more about genetic testing for antidepressants please read Anna’s story.

Learn more about role of pharmacogenetics in mental health here

Back to Blog
Pillcheck in Disability Management

Pillcheck may be available to a person on disability claim through his or her disability management provider in order to support recovery and successful return to work.

The person on disability can contact his or her case manager to find out about eligibility for Pillcheck coverage.